We are very excited to present the 2021/2022 season of the Met, broadcast live in HD and Dolby Digital surround sound from the Met Opera in New York.

All operas are sung in the original language with English subtitles. The run times listed include either one or two half hour intermissions, depending on the opera.

The exhilarating soprano Lise Davidsen makes her Live in HD debut in one of her signature roles, the mythological Greek heroine of Strauss’s enchanting masterpiece. The outstanding cast also features mezzo-soprano Isabel Leonard as the Composer of the opera-within-an-opera around which the plot revolves, with soprano Brenda Rae as the spirited Zerbinetta and tenor Brandon Jovanovich as Ariadne’s lover, the god Bacchus. Marek Janowski conducts. 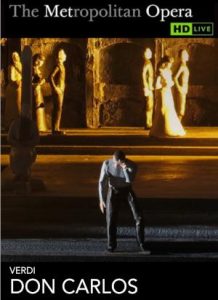 New Production/Met Premiere. For the first time in company history, the Met presents the original five-act French version of Verdi’s epic opera of doomed love among royalty, set against the backdrop of the Spanish Inquisition. Met Music Director Yannick Nézet-Séguin leads a starry cast, including tenor Matthew Polenzani in the title role, soprano Sonya Yoncheva as Élisabeth de Valois, and mezzo-soprano Jamie Barton as Eboli. Bass Günther Groissböck and bass-baritone John Relyea are Philippe II and the Grand Inquisitor, and baritone Étienne Dupuis rounds out the principal cast as Rodrigue. Verdi’s masterpiece receives a monumental new staging by Sir David McVicar that marks his 11th Met production, placing him among the most prolific and popular directors in recent Met memory. 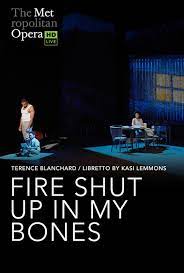 Fire Shut Up in My Bones is an English-language opera in three acts, with music by Terence Blanchard and libretto by Kasi Lemmons

The opera was first performed at the Opera Theatre of Saint Louis in 2019, and is based on the 2014 memoir of the same name by Charles M Blow.] It was the first opera by a black composer performed at the Metropolitan Opera, and was premiered there in 2021.

The narrative focus of the opera is on Charles, a young African-American man growing up in poverty. As he comes of age, he must decide how to deal with the sexual abuse he previously suffered at the hands of his cousin. At the climax, he decides not to take revenge. The opera includes elements such as flashbacks and the appearance of the protagonists’ internal voices in the form of female spirits. The music is generally based on Italian opera, but Blanchard’s jazz influence is also audible. 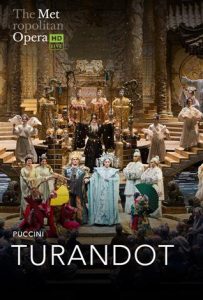 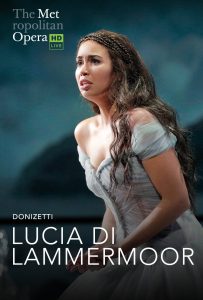 New Production, Soprano Nadine Sierra takes on one of the repertory’s most formidable and storied roles, the haunted heroine of Donizetti’s Lucia di Lammermoor, in an electrifying new staging by Australian theatre and film director Simon Stone, conducted by Riccardo Frizza. Tenor Javier Camarena adds to the bel canto fireworks as Lucia’s beloved, Edgardo, with baritone Artur Ruciński as her overbearing brother, Enrico, and bass Matthew Rose as her tutor, Raimondo. 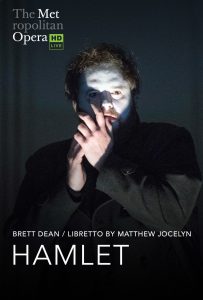 New Production/Met Premiere. When Australian composer Brett Dean’s Hamlet had its world premiere at the Glyndebourne Festival in 2017, The Guardian declared, “New opera doesn’t often get to sound this good … Shakespeare offers a gauntlet to composers that shouldn’t always be picked up, but Dean’s Hamlet rises to the challenge.” On June 4, this riveting contemporary masterpiece appears live in cinemas, with Neil Armfield, who directed the work’s premiere, bringing his acclaimed staging to the Met. Many of the original cast members have followed, including tenor Allan Clayton in the title role. Nicholas Carter makes his Met debut conducting a remarkable ensemble, which also features soprano Brenda Rae as Ophelia, mezzo-soprano Sarah Connolly as Gertrude, baritone Rod Gilfry as Claudius, and legendary bass Sir John Tomlinson as the ghost of Hamlet’s father.